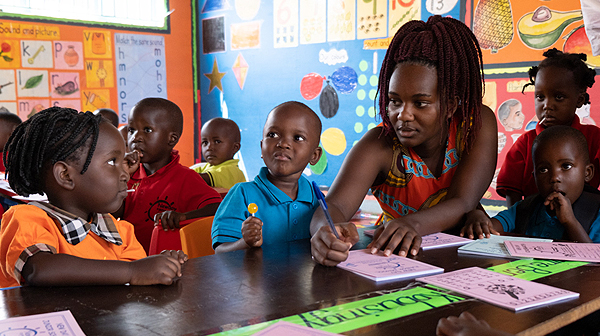 Newday Academy: Education for a Future at home

The structure oft he Newday Academy is progressing: There is already a Newday kindergarten, now an elementary school with a boarding house is in the works to be built. Later a secondary school will follow.

A key principle of the Newday project is that at least one in every ten children admitted is orphaned or comes from a family that cannot afford such an education. Which is why boarding school plays such an important role. We are planning to set an “eco-school“ that values sustainabilty. Something that we hope gains popularity in Uganda. We want to start by influencing the youngest members of the nation and help them learn to care for their environment, putting emphasis on the reduction of plastic waste among other things.

We already have found the property for the boarding school and have made the deposit on the lot. The Newday School will be built on the outskirts of Kampala, near two major roads to Tanzania and the Congo. This is an optimal intersection for the community. As a concession tot he habits oft he population of the population, the school kitchen will be located outside the main building, with a traditional hearth powered by charcoal. Here, too, attention is paid to sustainability and the environment, and we will work with filters and environmentally friendly energy sources.